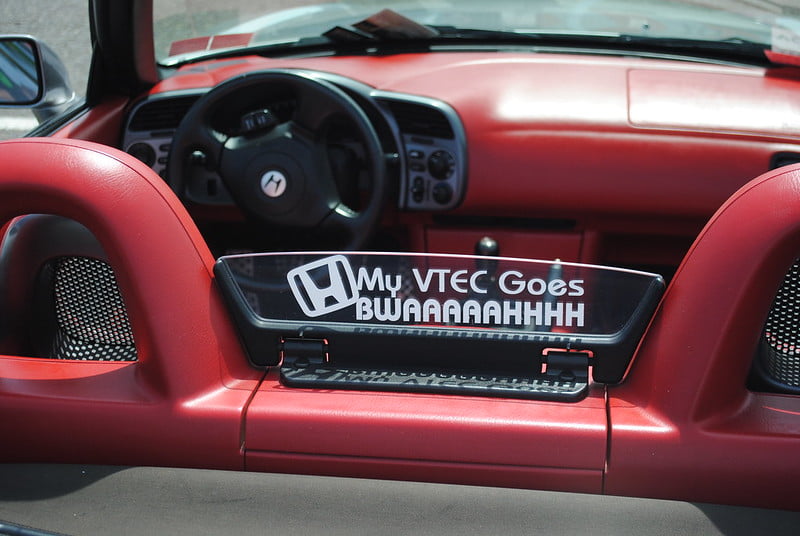 If you’ve had a Honda with a DOHC VTEC engine, you always loved that crossover, knowing that you were burning more fuel, gaining a tad bit more kilowatts (horsepower) to get you from A to B. The VTEC crossover became a big-deal back in the days when VTEC was the fastest thing we were allowed to drive. See Why was VTEC so popular back in the days if you need some context.

If you are interested in loud VTEC crossovers, then you want to know how get loud VTEC, you have a few ways to go about achieving that epic vtec crossover. Keep in mind, nothing is free! But we are going to mention a few cheaper ‘low-budget’ solutions!

How to make VTEC louder

Please select your ENGINE type for a list of recommendation:

Unfortunately the single-cam VTEC engines are a little weaker in-terms of VTEC crossovers. The standard VTEC crossover is almost non-existant, the low-compression of the engine makes it more suited for a forced-induction application (in my personal opinion, the D-series is the safest to Turbo).

The infamous B series engine, even the samller B16A2 engines we have in the CRXs. The older DC2 Integras make everyone smile with the already loud factory VTEC crossover. The B20s are less aggressive usually found in the CRV SUVs and older Honda Accords. The B16A2 has one of the loudest crossovers with the right mods (of course it heavily lacks torque). If you have a VTEC CIVIC (pre 2004) you probably have a B Series.

When you say Honda H Series VTEC you’re just saying Honda Prelude. There isn’t much to say about the H series, it is very similar to the B series because of its age. Though we do absolutely recommend NOT taking a forced induction route with these motors as even with heavy modification these engines are still very prone to severe damage. The VTEC Crossover however is still great!

The late 2000s of course brought us Honda’s new DOHC VTEC Engine the K20, K22 and K24. Though some of these engines do come in i-VTEC configurations, they still do have a slight crossover (not as beastie as the B or F) but torque wise the engines have much better performance and are known for their reliability. Honda Accord, Pre-turbo Civics and of course the Honda Integra. These engines are tuned quite well from factory so often aren’t able to gain much power without spending serious cash.

The Honda S2000 VTEC Crossover is already well-known for being loud! But what can you do to improve it? With an engine bay that’ll fit a V8, a lot apparently! As the only decent RWD Honda vehicle the flywheel is important when it comes to the sound of VTEC. Upgrading your

If you are looking to get loud VTEC crossover what you’ll need is the right mods! If you are a on budget we are also going to name a few cheap VTEC mods for Hondas, keep reading! Don’t forget to select your car if you haven’t already.

The science behind why these modifications add / lose power etc. will not be mentioned in this post. We are not debating power gains in this post only the VTEC Crossover amplifications.

There are two main types of air intakes, the cold air intake (CAI) and the short-ram air intake (ram Intake). The main difference between the two is pretty obvious, CAI places the air filtre somewhere quite low or farther away from the engine to bring purely cold air into the engine. The ram intake is shorter in length and by being able to suck air and deliver it to the manifold faster does bring up the acceleration responsiveness. Then of course we have the famous ‘whale penis air intake‘ that most Honda owners like, this thing purely sounds better; particularly when it’s carbon-fibre or metal it adds bit of a tingy sound.

We are going to recommend K&N’s cold air intake for S2000. Any type of Whale Penis – Carbon Fibre Air Intake for the other engines. If you are on a low low budget of course just get yourself a pod filtre so you can hear the engine growl a ltitle bit.

They call them ITBs and for the people stubborn enoguh to not buy a turbocharger or supercharger, this is the way to go! Now some cars do some with this standard, but Honda of course has not included this. Keep in mind that the severity of ITB is quite high, it’s costly, will require re-mapping and a tune and will of course increase power significantly. The VTEC Crossover on an ITB setup is jaw-dropping! As there are too many components to an ITB setup we will not be recommending any particular brand or type.

Headers are a part of your exhaust system and can effect power mid-range and top-end, this does slightly modify the tone of your Honda’s VTEC scream.

Skunk2 (despite their… naughty history) does infact produce the BEST VTEC sound out there, with that slight tunneling noise it keeps it smooth. The recommended header on this page is a 4-2-1 B Series DOHC VTEC engine.

Exhausts are what make cars scream! We see hybrids and electric cars with exhaust pockets just to make it look aesthetic. Exhausts are an essential part of getting LOUD VTEC. There are different types of exhausts but for the purpose of this post we will only mention the VTEC related ones.

We have the typical cannon exhaust, which of course sounds like a ‘fart-cannon’ and making VTEC incredibly loud but DEMINISHES the crossover. This exhaust also loses power and eliminates any back-pressure so expect your acceleration to feel less-responsive.

The we have the VAREX Exhaust, known for its remote controlled valve: sound at the push of a button, and when you’re near home you can click the button again and be nice and quiet. Varex Exhausts are popular with people who like to roll in-gear and get that loud popping noise.

These exhausts systems can reduce response times but if used correctly (whilst in mid-high RPM ranges you should be able to work-around that). The long-life electric motor makes it much more superior to the china-brand remote control valve exhausts.

The VTEC Climax exhaust is of course designed for the sole purpose of VTEC Crossovers, just buying this will literally give you the loudest VTEC crossover. Whilst remaining safe from police. What makes the Climax Exhaust special is that it does not have a remote of any kind, or a switch; it does not have an electric motor; it works purely off the air of your engine.

It is police-safe, even when identified (or word gets around…) in all respects it is something that allows you to only make noise when you’re on the go at higher speeds. It does not engage when you’re at a stand-still so if you were at an EPA and they accelerated it would not engage, and if your car is cold the VTEC does not engage making the car silent once-again. We highly recommend this product for all applications!

VTEC Turbo – Loud but not friendly?

Honda VTEC engines are high compression and often cannot take a lot of boost. The main reason Honda VTEC is so popular is how well it is tuned from factory, Honda (and Acura) do the best to get the most power out of their engine, hence back in the late 80s being one of the fastest naturally aspirated under 2000cc engines.

If you are taking the turbo route you will have to modify your entire exhaust, that means no-more headers and hello turbo manifold. You’re better off completely replacing your ECU but some people do just go with piggyback units, either way with a brand new full-exhaust, you COULD be getting better sounds from your turbo alone, so if turbo is the way you’re going don’t stress too much about VTEC loud.

These devices were famous back in the day. Today any real Honda enthusiast knows that without an actual re-tune or aftermarket ECU, re-adjusting the VTEC does not get you any additional power, if anything it just opens the door to additional damage. Nonetheless maybe you paid pennies for your little VTEC ride and want it to hit VTEC at 3,000 RPM. This is the tool!

We do not recommend this device on stock-standard cars (at all).

A flywheel will basically help your rev up AND DOWN faster, meaning between gears it’ll feel a lot more ‘rev happy’. The S2000 does have an average flywheel, with a lighter (upgraded) flywheel you’ll be able to rev down a little faster.

As VTEC is dependant on the RPM we highly recommend this upgrade to increase the frequency of the crossover and of course how fast it kicks in!

You will need an upgraded clutch (Stage 2 or higher) with this modification. Flywheels need to be replaced. Whilst you are down their we do hope you opt to remove the clutch delay valve (S2k CDV delete) to help “up” the aggression on your S2K.