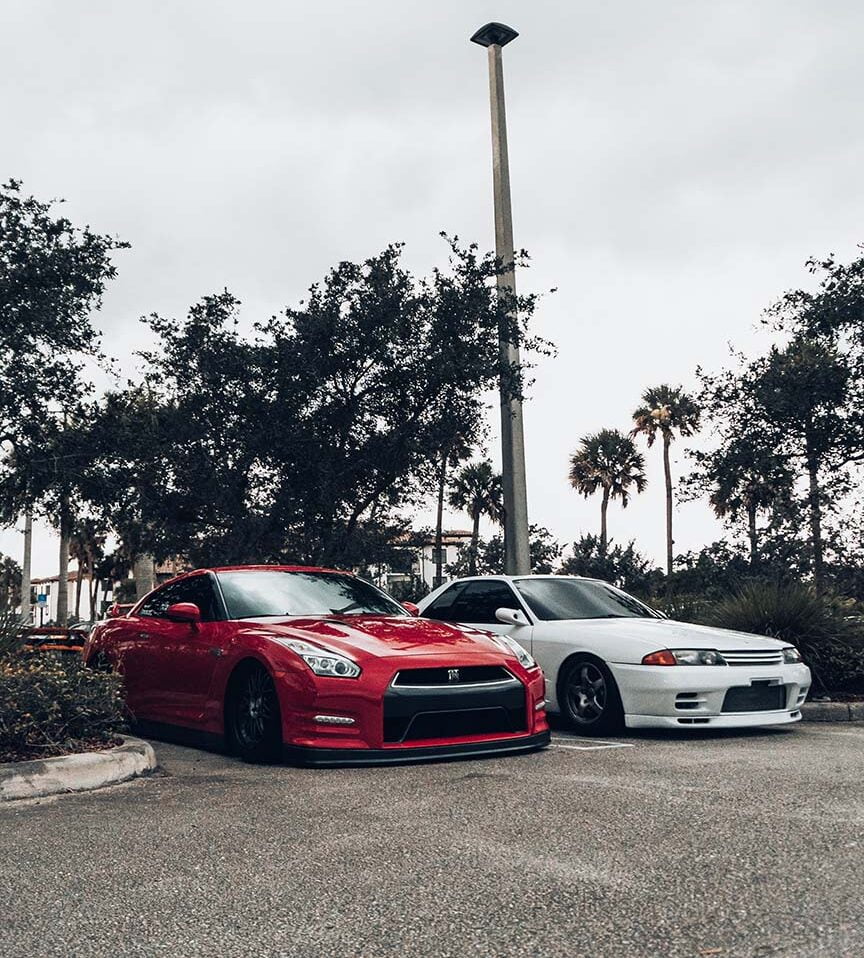 Nissan Skylines are renown for their performance and Japanese muscle

The 2000GTR Skyline as a classic may be worth the big dough, the rarity and lack of parts makes it the forefather of the Skyline. Prowling onto the C110 and C210 which I for the life of me could not find a price for.

Then we have the R30 & R31; the first sleepers of the century. Ugly-looking but with Japanese engineering. With the incredibly plain look of the R30 it’s not surpise that the price never surged up due to foreign sales.

The R32 was the first car to br crowned Godzilla with 4WD and a ridiculous Straight-Six Turbo engine it took over the streets, ended up being illegal in many countries around the world. It even resulted in police cars requiring higher-powered engines, hence why the Australia Highway Patrol Fleet is either V8 or Turbo. This was followed by the R33 which suprisingly did not catch-on as hard.

Fast & The Furious made the Skyline R34 GTR what it is today. Paul Walker’s legacy, FF2 was it! Not to mention the new upcoming F9 (2021) movie featured an R34 GTR is not going to help the price if you’re looking to buy one!

Jump to the answer

Why prices went up in Australia
When will the R34 be legal in USA?
Why is the R34 illegal in the U.S.?
What about Nissan GT-R R35?

Why did the prices go up all of a sudden?

The U.S.A. happened! They have this law when they are allowed to import cars like this when they’re 25+ years old. That means the R32 became legal in 2014-2015, anyone who follows the jap import trader sites would have noticed, we suddenly saw all of the R32s disappear. They were all shipped off to America; in the U.S. anything RHD is even more JDM! This started spreading to Australia, NZ, UK and apparently even Cyprus! With the sudden price increase in R32s people realised the market potential for Skyline GTRs.

With that said, in 2020 the Skyline R33 became legal in the U.S., once against sending the prices soaring high; not to mention, take a look at our Facebook Marketplace, Gumtree and Carsales… how many R33 GTRs do you see left? There were only 2 at the time I was writing this. They’ve all been shipped off for crazy prices.

The earliest release of the R34 GTR was MAY 1998, thereby making the GTR eligible to import into the U.S. in MAY 2020. The models in Australia will precede this date, depending on the chassis and manufacture date. With the incoming guaranteed sales (as there aren’t many clean R34 GTRs left in Japan), Australia looks like the go-to marketplace! People are buying up and investing in the R34 GTR hoping an American buyer will prop up and pay big!

But I’ve seen R34 GTRs in other countries?

Keep in mind that the Skyline R34 chassis comes in many specs: V-Spec, M-Spec etc. In Australia our looser import laws allow us to import all sorts of R34s from Japan into Australia. With the currency exchange being in our favour it allowed for us to pick up the cleaner, higher specced models from Japan.

We have to understand that EPA & US NHTSA regulations were different at the time these cars were manufactured. The R32-R33-R34 were all manufactured for the Japanese Domestic Market. For them to comply with U.S. standards and be street legal they would have had to:

The R35 was rebranded as the Nissan GT-R, so it’s not even branded as a Skyline. The R32-R33-R34 (and C10-C110) were all built off the same basic chassis. The R35 was built off the V35/G35 chassis (Infinity), it has no interchangable parts with previous skylines nor does it share it’s street-racing car class, the R35 has been credited as a supercar.