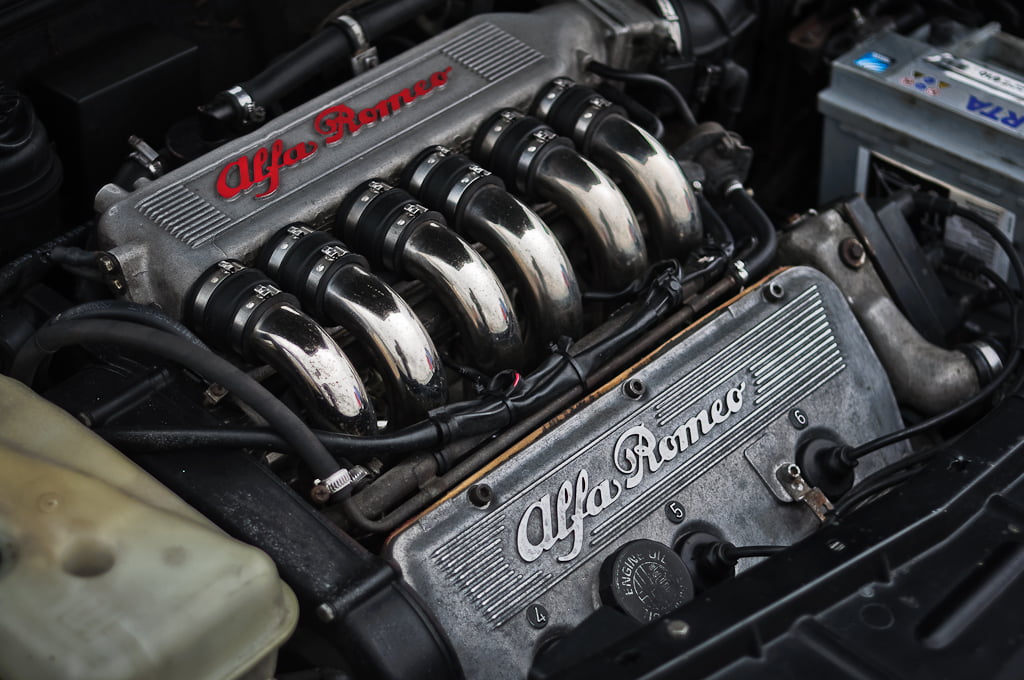 First let’s talk about the ‘V’ in V6. Why would putting half the pistons on each side make a difference? Having them parallel allows for smoother idling which in-turn provides better power and torque! However it does cost a lot more to manufacture. Now you may be wondering why that would be your concern if the car’s cost roughly the same price anyway? Well… you have to understand where the manufacturers are going to cut-costs and the V6 will have a lot more cost-cutting that something that’s cheaper and easier to manufacturer like an INLINE-4. (V4 vs V6 is commonly searched for online, just so you guys know, there really aren’t many V4 applications in cars, but you can find them in motorbikes). Of course this doesn’t answer the question 4 cylinder or 6 cylinder, so let’s dig a little deeper.

The inline-4cyl engine has less moving parts, is cheaper to manufacture and does better in the fuel consumption area. However it does have a tendancy to vibrate even at higher-speeds. You’ll also find that today’s 4 cylinder engines have begun making more power than V6s.

One major issue most people have with V6s (including the high-performance motors) is that they’re hard to work on, more moving parts, more components, there’s 2 more spark plugs, the air intake usually needs to be removed to perform any kind of checks or maintanence. As heavier engines they also require more power to carry, meaning they tend to get less milage, particularly in short-distance driving situations.

Of course if you’re looking to buy a brand-new vehicle, as we often see in Toyota Camry models you will find that the V6 version of the car often does cost more and the reason for that is of course the cost of manufacturing, the smoothness of the engine adding comfort. You may wonder why fuel-consumption is not factored in, the reason for that is that fuel consumption is only an issue for those looking to save money when buying the car and maintaining the car.

Firstly, having all the cylinders side-by-side makes the engine more balanced; when it comes to primary and secondary forces (engine vibration) the straight-6 engines (better known as INLINE-6 Cylinders). Remember that straight-six engines do work like two 3-cylinder engines combined next to each other, think of it like a 1+6 5+2 4+3 pattern, they move in tandem pairs. They’re (often) separated by 120 degrees. This balanced pair setup makes that hectic sound we-all love at high-RPMs.

As an INLINE engine (similar to the 4 cylinder) it’s a simple product, has less moving parts (than a V6) and is cheaper to produce. Not to mention much easier to work on!

So why aren’t all cars running straight-six engines if they’re so good?

The answer is simple, that many pistons, that many cylinders running in one-line means it’s longer and taller than the average engine. So cars like the TOYOTA SUPRA or NISSAN SKYLINE or BMW M3s that have larger front-ends can actually fit these engines.

Another reason this engine requires so much space is that performance enhancers and additional components often need to run per-cylinder setups. Particularly exhaust or intake components that often end up being as wide as the engine block itself.

As a longer engine it’s almost impossible to mount this engine sideways to make it fit a front-wheel-drive (FWD) car, making this engine quite difficiult to use through multiple chassis which of course is counter-productive when you’re a car-manufacturer.

Straight-sixes unfortunately don’t sound too good unless Turbocharged, they sound torquey but just don’t have that growl of a V8. V8s just sound better! 4 cylinders on the other hand like to make a lot of air-intake noises, this combined with a good exhaust note does do it some justice, add a Turbo or supercharger and you’re in heaven. If you’re looking to get better sound out of your inline-4 checkout our online-store I’m sure we’ll have something for you. V6s sound bad, it’s a V meaning more parts moving side by side, it sounds like something is broken, rattling or has gone wrong with engine more than anything at high revs. Reliability is also questionable, but the compact design helps with power in a small car.