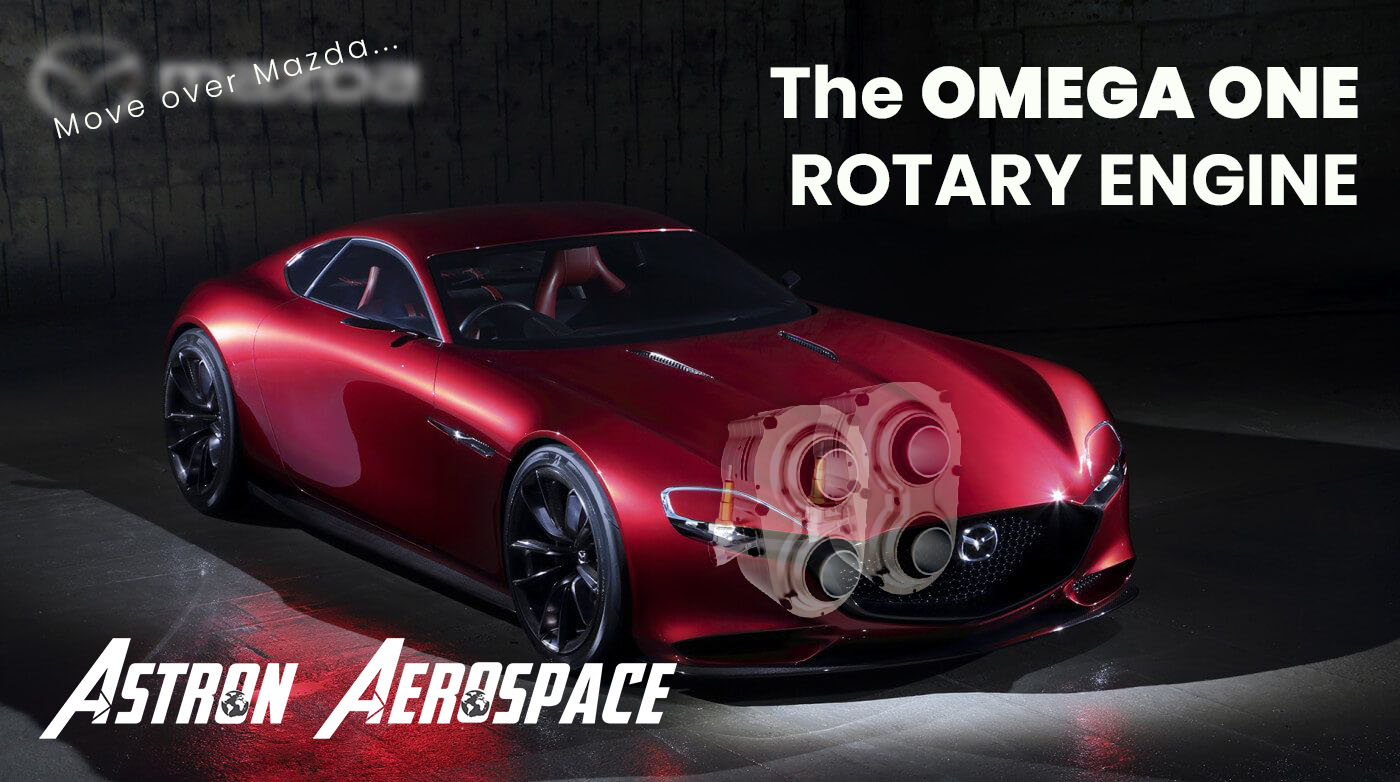 America’s answer to Mazda’s rotary engine is not a triangle but 2 round cylinders. The modern American Wankel engine has a complete new design splitting the initial engine into two components, one for air and the other for combustion, with improvements to the initial engineering Astron Aerospace has solved the sealing issues and improved overall efficiency, weighing in at just 15 kg and putting out 160hp (117 kW).

Just to give you an idea of how insane the power-to-weight ratio of this engine is:

We all love a good rotary, that brap-brap-brap idle. With prices for the RX3 RX5 RX7 and all the RX series Mazda line-up shooting up in price, it’s become somewhat of a dream. It isn’t just the price of the car, but the running costs…

If you have a (Wankel-engine) rotary car you expect to be dealing with your auto-electrician and mechanic on a monthly basis. Those following our insta will know how little we see that RX7 :P.

Astron Aerospace has developed a revolutionary new version of the rotary engine that not only makes an amazing power-to-weight ratio, but solves the reliability dramas it’s always had. The rotor sealing issues are gone!

This new arrangement increases the efficiency of the engine, the overall reliability of the rotors and separates the two rotary cylinders. The front of the engine will handle the air intake and the rear rotors will deal with the exhaust and firing system.

The engine can fire once every 5-10 rotations at cruising speed. When the engine needs a burst of speed, the ECU increases the firing-rate providing ZERO-lag. You’ll also notice the obvious lack of a triangular rotor “crank-piston” system.

Another important point to make is the fact that this engine can rev to 25,000 RPM (that’s right a 25k RPM redline!). Imagine this thing on a turbo!

We can’t wait to see this new rotary engine.