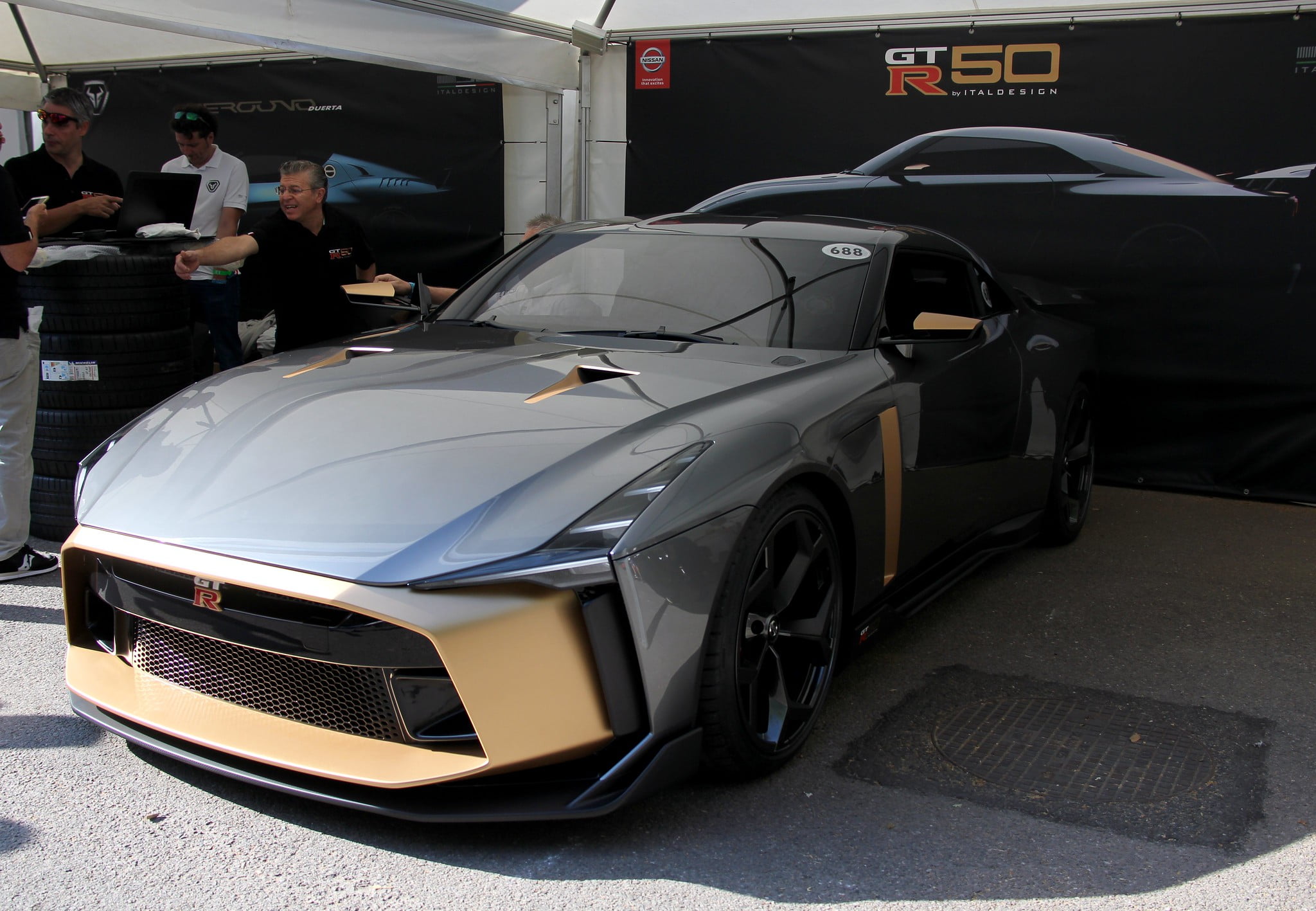 Introducing the GT-R 50. A Skyline R35 GTR revised by Italdesign, that actually is being produced! Watch & hear the first production GT-R 50.

Nissan has finally announced that the GT-R50 will be put into production and even given us a preview of how the production model looks! Italdesign (some people know them as ItaliDesign) revealed their new re-design of the Skyline. Of course as per most concept reveals little was expected of Nissan when we first saw the world premiere in 2020. Several revisions to meet US & EU regulations were expected to be made, most likely a de-tuning was still implemented, so you can expect much better performance than specified for the ‘tuner’ car collectors.

The Nissan GT-R 50 by Italdesign is the result of the collaboration with the Japanese car manufacturer that began in 2018 with the creation of the prototype of the same name. The success achieved in the months following the presentation of the project drove Nissan and Italdesign to decide to launch production of the road version in a limited series of 50 units. The first vehicles will be delivered to customers in late 2020 and early 2021.

Nissan collaborated with Italdesign to create the model, based on the latest Nissan GT-R NISMO, in commemoration of the 50th anniversaries of the GT-R in 2019 and Italdesign in 2018.

The Nissan GT-R50 packs a 720 horsepower hand-built 3.8L Twin Turbo V6 (NISMO Tuned). Only 50 of these bad boys will be produced. They’ve even made a website dedicated to the new Nissan GT-R50 http://www.gt-r50.nissan/ click to visit. For more images of the beauty checkout our gallery below.