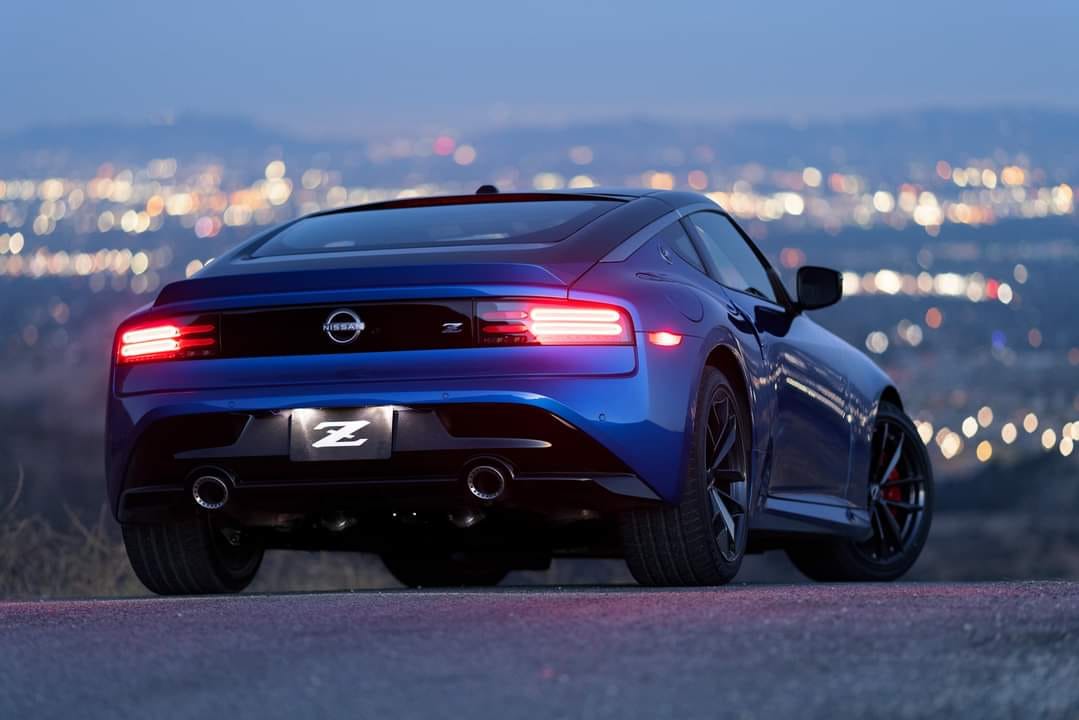 While some will say the new Nissan Z Fairlady is here! We also expect that 400Z badge to mean 400 hp at the wheels! It has been revealed that the car will not be released till 2023. So to answer When will the Nissan Z come out? Spring 2022.

After a long-wait, particularly for those who disliked the 350z – 370z series. We finally have a new fairlady! Though we barely call it that down under, the Z class Nissan is truly an icon here. The video below will startup the digital reveal of the new Nissan Z (already fast-forwarded to the appropriate duration – a direct reveal).

The reveal begins with the first, the grandfather, patient zero. The Datsun Fairlady Z, being upgraded and updated year-by-year driving through the U.S.A. From the 240z going upto the twin turbo 300zx and including the 350z and ending with the 370z.

While some may have seen a video taken a while back, revealing the concept car actually driving on the road, it seems (upon my research) he’s actually gotten full access to the car itself way back before Nissan announced anything! Checkout his video too: He has referred to it as the Nissan Z Proto (assuming it’s a prototype) but hey it looks pretty bang on to what we’ve got in the official announcement.

The Neo Retro sports car looks great, apparently feels great and definitely has the drivetrain to match its looks. While Nissan turned the Skyline into a super-car and made turbo feel like an economy option, the Nissan Z has really put a turn on everything!

The Nissan Z (or 400Z) – Nissan has stated that the name may vary for international and Japanese markets. This means we could expect country-based variations (good ol’ Jap-spec) will always prevail!

So like all new model releases, we need to know! How does it compare to the new supra? What about its predecessors?

How much horsepower is the Nissan 400Z?

While the Supra does hold it down at less impressive 335hp (250kW), we are expecting the new Supra models to surpass this and match up to its Nissan counterpart. However this battle unfortunately has become a matter of Jap cars vs. Euro cars with the Supra adopting BMW running gear.

The predecessors have become utterly obselete with the:

Welcome to the future Fairlady Z!

While it will have all the fun customizable digital goodies that most sports car of this generation do, we are glad to see a petrol vehicle hitting the market in 2023. UK & Europe’s promises of adopting EV only automotive restrictions has been a real bummer, and maybe render most of our posts a bit boring over the next decade :P.

The best news to come of this is that the 2023 Nissan Z will feature a manual transmission! That’s right, an actual 6-speed transmission! Clearly depicted in the video, and better seen in the images.

How much horsepower is the Nissan Z?

Is the Nissan Z faster than its predecessors?

What transmission does the Nissan Z use?

The 400Z will be available in a six-speed manual or a 9-speed automatic transmission.

How much will the Nissan Z cost?