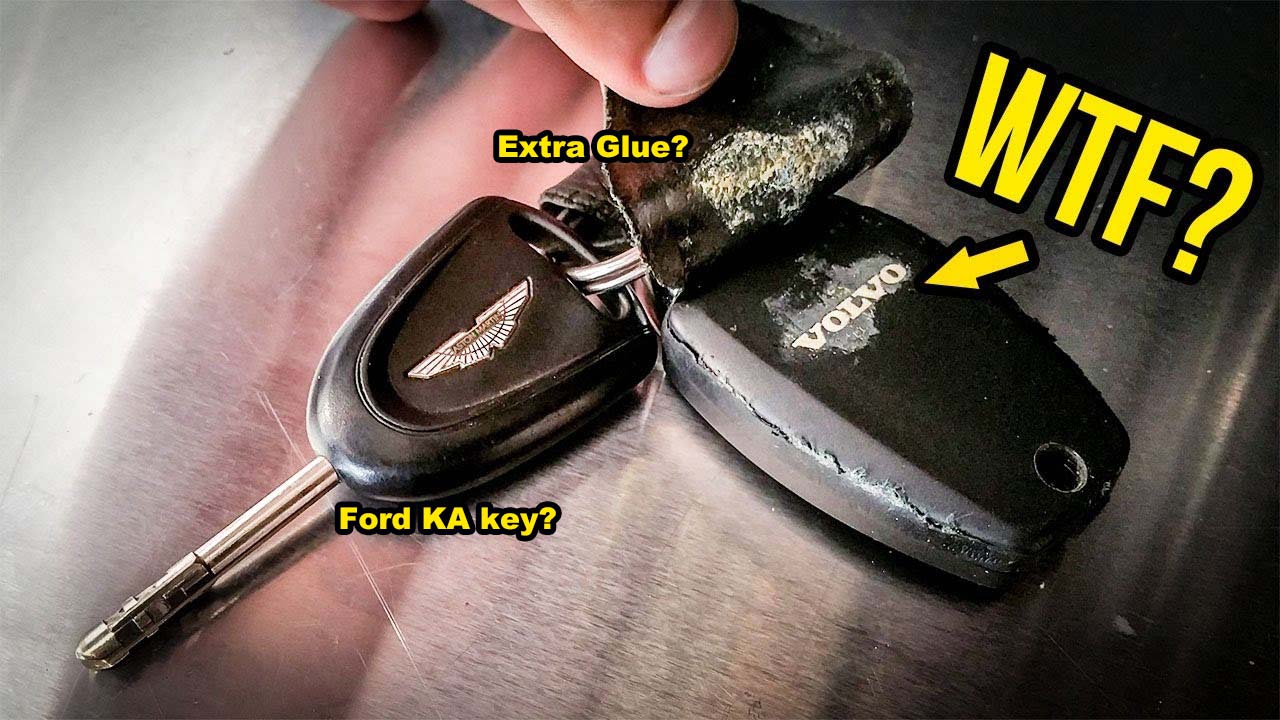 When the manufacturer makes absolutely no effort to cover up the fact that they share parts with a lower-end brand, you lose trust. Aston Martin has done just this particularly with the key of the VOLVO.

Aston Martin V8 Vantage – the car that got the cheap end. Starting with the engine we see the 4.3L V8 that’s supposedly hand-built in England and signed individually. This engine isn’t completely designed by Aston Martin themselves, it’s just a variation of the Jaguar XK V8 engines, and it was even seen in Range Rovers at some stage. You’ll find that in the Vantage you still spot a fair share of Land Rover & Jaguar branded components.

Tavarish a popular car-youtuber published a video, after several other owners came across this key fob that was comically hidden, somehow approved and rolled-out off the line.

In Tavarish’s video, he points out all the parts and components that lack exclusivity (including the key and its fob). The first part he shows is the engine outlining the fact that it was re-done, but built off the same design scheme. Then moves onto the Aston Martin Vantage power steering fluid resorvoir which was taken straight-out of the BMW 5 series.

Aston Martin V8 Vantage’s starter motor on the other hand is clearly a Jaguar part. The main issue here is that Aston Martin parts cost more than Jaguar parts despite literally being the same.

Why does Aston Martin use other manufacturer’s parts?

If you know some of the history of Aston Martin, you may have heard about Ford’s buyout of Aston Martin in 1987. This was the same up till about March 2007. So you may be wondering how this would be related, let me remind you that the Aston Martin V8 Vantage was designed and built way before 2007, so even when the newer models were released, they came with Ford parts.

To make matters worse at the time when the Aston Martin V8 Vantage was being built Ford also owned Volvo. Now Volvo being the fancy European brand, the design team was favoured above the Ford design team. Aston Martin being a super-car like brand, needed advanced European-battling design, so VOLVO was sent in for the rescue.

So where else do you see VOLVO in the Aston Martin V8 Vantage?

Now one thing not to forget is that, yes VOLVO is a premium brand now. Today’s VOLVO sells overpriced sedans and SUVs, they offer safety as their flagship selling-point and never cheap out on parts. However Aston Martin boasts their exclusivity and authentic-hand-made design niche. Hence this lack of effort to at least brand their own parts, is an outrage.

Though the V8 Vantage is a great car! For that amount of money you expect the manufacturer not to cheap out on any component. Here at Shady Custom’s the only supercar we recommend (for bang for buck) is the Audi R8 series, of course with electric cars being amazingly fast now, our decision will soon change, but if you’re in the combustion engine market, Audi R8 all the way!

We’d also like to mention that users that made a complaint to Aston Martin regarding the key fob issue were offered free replacement keys (there doesn’t seem to be anyone complaining anymore) so I think it is safe to assume that the new key fob didn’t have the VOLVO branding on it at least. But I imagine the Ford KA key used in the Aston Martin would require an entire recall meaning we can’t expect any changes in that department.